This page will be devoted to Alan Turing with excerpts from various books and additional references. Click here for the original On Computable Numbers paper he wrote which started all of this.

Please send other books you would like to see added.

“This is the cue for a large section on learning machines, with constructive arguments for how machines might do apparently unmechanical things for which explicit programs are unknown: the first public exposition of what I have called his 1941 vision. Turing advocates two different approaches – in modern parlance top-down and bottom-up – which in fact derive from his 1936 descriptions of the machine model. Explicit instruction notes become explicit programming; implicit states of mind become the states of machines attained by learning and self-organizing.”  Turing added, 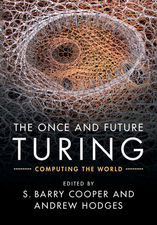 “I doubt whether there will ever be a time when people suddenly say “artificial intelligence has been achieved”. Rather, the gradual symbiosis of computers with us humans will continue. More and more functions that were once performed by humans will be taken on by computers, which will become better and better at reflecting and responding to our detailed human experiences. More and more of our lives and activities will be played out as computations, and at some level the human condition will be reduced to a matter of abstract computation.” 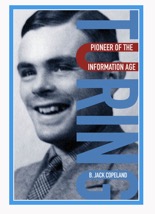