The offer brings together chatbot Sophie, created by Stefanini’s own R&D team, and the IBM Watson platform 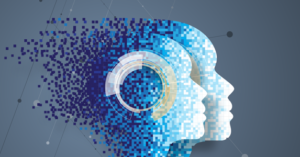 Artificial intelligence and machine-learning technology were present at several panels during the world’s largest innovation and creativity event, SXSW, held in Austin, Texas in March.  Stefanini—a $1B global IT provider—was present at the event, and reinforced its position that AI will play a key part in improving customer service in the coming years.

Following this line of thinking, the company, which launched its cognitive intelligence platform, Sophie, two years ago, decided to expand its operations in this segment, adding IBM’s Watson to the company’s offerings.

Clients can use Sophie, which is in version 2.5 and will reach version 3.0 in July, as a communication interface, either by chat or voice; they can use Watson as a data analytics platform, calculating  APIs available on Bluemix, or both, depending on the project.

According to Alexandre Winetzki, director of R&D at Stefanini, Sophie is considered a very competitive platform for corporate clients.  “We are honored to partner with the world’s most well-known artificial intelligence brand, which is IBM’s Watson,” he said.  According to Winetzki, there is an expectation of growth in the area of cognitive intelligence at Stefanini.  The platform is expected to be implemented by at least 40 new customers in Brazil, Latin America, Europe and the United States.

The new 3.0 version of Sophie will reduce implementation time and the cost of projects, as well as simplify their evolution by becoming a live platform, and whose growth is an essential part of Stefanini’s relationship with each customer.

Currently, artificial intelligence has two main types: symbolic and connectionist.  The first of these works with abstract symbols that are used to represent knowledge.  It is the classic AI, which processes information from top to bottom, working with readable symbols, abstract connections and logical conclusions.  This model is appropriate for working with language, i.e., problems that can be verbalized.

The Connectionist School became popular in computer science in the late 1980s.  Here, knowledge is not represented by symbols, but rather artificial neurons and their connections—like a reconstructed brain.  The gathered knowledge is broken into small pieces and then connected and built into groups.  This approach is known as the bottom-up method.  Unlike the symbolic type of artificial intelligence, this model must be trained and stimulated so that the neural networks can gather experience and grow, accumulating greater knowledge and working with sounds and images—problems that cannot be verbalized.

“In the case of the Sophie platform, we have a hybrid model, with semantic networks capable of representing concepts and relationships, as well as having a high level of language tasks,” says Mr. Winetzki.

Sophie’s current version 2.5 brings a series of improvements in the cognitive core, with the implementation of genetic algorithms and Common Knowledge Networks (unique technical approaches in the world).  In current solution customers, the user satisfaction index, measured in real time, is over 85 percent.

“We are confident that we can advance much more in the area of cognitive intelligence by bringing together Sophie’s differentials with IBM Watson’s ability to think and respond as a human because of complex AI algorithms.  From now on, the two technologies can be implemented in the same project,” adds Danielle Franklin, Stefanini Scala’s new business director.

Chatbots, which had a prominent position last year, are expected to grow with one of the key interfaces between the brand and consumer in 2018.  According to research firm Gran View Research, the overall growth of the chatbots market should be at annual rates of 24 percent by 2025.

For Gartner, 85 percent of customer interactions will be conducted by an automatic mechanism in 2020.  According to IDC, the chatbot market is part of an industry that will handle more than $47 billion by 2020 and, according to a survey by Tata Consultancy Services, will increase the revenue of companies that use them by up to 16 percent, in comparison with those who do not.  “It’s no coincidence that the subject of artificial intelligence was a hit at SXSW, and has been one of Stefanini’s main investments to assist customers in the process of digital transformation,” concludes Stefanini’s Winetzki.

Stefanini (www.stefanini.com) is a global company with 30 plus years of experience in the market, investing in a complete innovation ecosystem to meet the main verticals and assist customers in the process of digital transformation.  With robust offerings aligned with market trends such as automation, cloud, Internet of Things (IoT) and user experience (UX), the company has been recognized with several awards in the area of innovation.

Today, the company has a broad portfolio of solutions that combines innovative consulting, marketing, mobility, personalized campaigns and artificial intelligence services with traditional solutions such as service desk, field service and outsourcing (BPO).

With a presence in 40 countries, Stefanini was named the fifth most internationalized company, according to the Dom Cabral Foundation ranking of 2017.  The corporate global headquarters is located in Sao Paulo, Brazil, with the European headquarters in Brussels, and the North American headquarters in metropolitan Detroit.

Further information is available on the company’s website, www.stefanini.com.