Olis Robotics, the leader in next-generation remote robotics software (formerly BluHaptics), has announced the acquisition of White Marsh Forests (WMF), a pioneering machine learning startup based in Seattle. WMF was launched by MIT Ph.D. and former Microsoft Partner Software Architect Steve White and Don Marsh who was a veteran Principal Software Architect at Microsoft and earned his Master’s Degree from Berkeley. As part of the acquisition both White and Marsh will join Olis.

Olis has created a next-generation software platform built from the ground up that greatly expands the capabilities of pilot-controlled service robots in the field. These systems perform critical work in the energy and space sectors and other harsh operating environments that are too costly and dangerous for human technicians. Olis enables vast improvements in robotic dexterity, precision, efficiency, and overall mission success, while simultaneously reducing downtime and driving down costs. 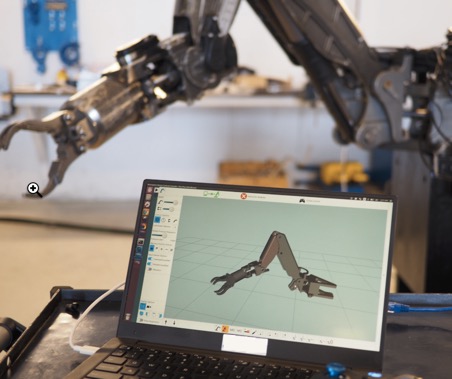 “With the acquisition of leading-edge machine learning technology, we seized the opportunity to build ever-more powerful capabilities into our robotics software platform,” said Don Pickering, CEO of Olis Robotics. “Olis Robotics is the opposite of siloed technology, so we reversed the word into Olis. Instead of a singular siloed approach, we process a network of sensor data to extend the human senses of 3D vision, simulated-touch technology, and semi-autonomous movement and reactions.”

The move to Olis Robotics from BluHaptics also signifies the company’s evolution from the research and proof-of-concept phase to an applied commercialization phase.

“We’ve validated our technology by enhancing capabilities of robots operating in the most extreme environments,” Pickering continued. “Our technology unlocks the ability for robots and sensors to conduct breakthrough work in offshore energy, nuclear decommissioning, environmental and health crises and in the infinite domain of space. Closer to home, our technology can be deployed for elder and disabled care, maintenance and service of bridges and buildings, and efficient inspection and repair of dams and other infrastructure.”

Read more on Pickering’s insights into the future of remotely controlled robots in his Why Olis? Why Now? post.

Olis Robotics has won and currently maintains contracts with energy sector customers as well as with NASA and commercial space companies to enhance mission success.

ABOUT OLIS ROBOTICS – Olis Robotics, formerly BluHaptics, has developed a next-generation software platform that greatly expands the capabilities of pilot-controlled service robots in the field. Olis enables vast improvements in robotic dexterity, precision, efficiency, and overall mission success, while simultaneously reducing downtime and driving down costs. Olis predecessor BluHaptics was founded in 2013 as a spinout from the Applied Physics Lab at the University of Washington. Olis Robotics is based in Seattle with offices in Europe.