Anti-Predictions for 2019 – Alita Battle Angel, Bubblebee & Most Dangerous People on the Internet and More

By Thomas B. Cross @techtionary

I really hate reading the predictions for the next year.  The reason is rather simple, they are simply too obvious.  What I would like to see is a great smashup of predictions if you put social trends together with technology innovations.  This makes more sense because nothing for either happens without the either.  Who knew that Mark Zuckerberg would be the demise of his own company because he sold personal data of the users who made him a billionaire. 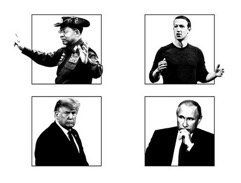 Mark is now #4 on the list of the Most Dangerous People on the Internet.  Could it get any worse, yes it can, and one could see what happens to Facebook in 2019 when the real impact takes place.  Just-in there are apps that send your data to Facebook which makes Facebook even more dangerous  Do you think Mark predicted that would happen? Doubt it and doubt that he sees his work going down the drain.  Predictions don’t work because they often focus on technology rather than the society or social impacts resulting from the technology.  Go back 100 years or even 80 and you can see what happened and can we learn anything from that going back to the future. Here is just one example, “how far it is possible to eliminate intuition, and leave only ingenuity. We do not mind how much ingenuity is required, and therefore assume it to be available in unlimited supply,” Alan Turing, 1939.  He is the father of the digital computer and the idea of the stored programming.  Yet what has happened in the past 80 years would be anything but what he thought of at the time or anyone else.  Going beyond where we are now must requires us to think beyond the next year but five, ten or even farther.  For example, in the 1700s the most advanced transportation technology was the horse which operated at an average speed of 6 miles or 10 kilometers an hour. In the 1800s, the train which operated at an average speed of 100 kilometers an hour or 60MPH.  Today, we have airplanes which operate at 1000 kilometers or 600 MPH. 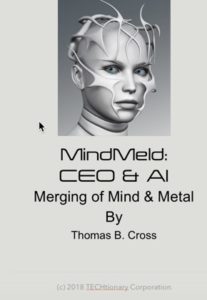 By the end of this century one could forecast that we might have tubular transportation operating at 10,000 kilometers an hour or 6,000MPH.  Scoff, if you will but I thought the people who were introduced to cars at the beginning of the 20th century thought they would be flying in jet airplanes by the end of it.

Predicting or forecasting the future is really hard because society always changes much more unpredictably than we think, while technology seems to always accelerate faster than we predict.  AI is a field which I consider myself somewhat of an expert in and you can read my book to agree or not.

The Flaw in the Turing Test

However, in AI or artificial intelligence one of the key benchmarks for intelligence is the Turing Test aka Imitation Game.  In this test or variation are three players, the evaluator or judge who would propose conversations to see one of the players was a computer or human.  The flaw is that humans never tell the truth. That is, we tell the truth the way we think the person we are talking to wants to hear it not the way it really is.  We flatter or be polite as to not offend the person or some other pleasantry which is beyond the scope of this paper to discuss. 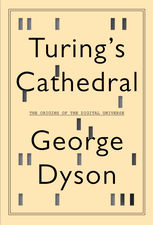 Also, machines even ones that may learn will only learn about our own mis-truths and therefore perpetuate mis/dis-information farther along.  Humans are also very secretive, mysterious and often plagued with confidence, PSTD or other things that impact our ability to work and live in society.  Again, predicting the impact of tragedy of school shootings, abuse, opioid overdoses, climate change, world peace, auto accidents or other human issues is not something that can be easily incorporated into future predictions. If you want even more proof that AI is not benign here’s a story on deep fake using AI to transform images using technology developed by Google. 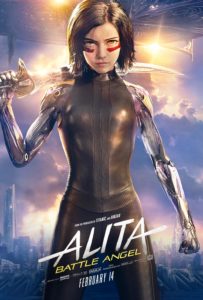 Most predictions picture an all too rosy world than it will actually be.  Here are two examples which may help in building your own predictions for the future.  Both are new movies – Bumblebee and Alita Battle Angel (from James Cameron of Avatar).

Interestingly, these movies are both about young women who either have their own robot or are a humanized robot.  What I find most interesting is in their own way Hollywood and the movies predict the future. Both see technology as a means to solve oppression and/or invasion. 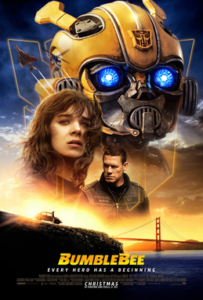 In Bumblebee, the girl befriends the transformer robot and they go off to save humanity.  In Alita Battle Angel she realizes she is a robot and can use her strength to save humanity.  The movies see the use of technology not as a cure but as a weapon. I keep hoping for a robot to take out the trash, load/empty the dishwasher and clean the whole house, not just floor.

In the case of The Day The Earth Stood Still (1951), Gort the robot was portrayed as an autonomous system capable of destroying the earth based on his belief that earth was going to destroy other planets (just remember to say to Gort – Klaatu barada nikto to save the earth). 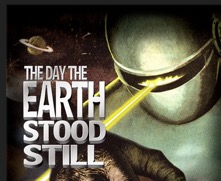 What is fascinating is that way technology changes the way we humanity.  And I might add like any good movie it is all about the story, not the technology.

I am not going to give you the Top-10 because unless you merge or smash together any technology with humanity, the prediction will be flawed.  What I would ask you to do is to think of all the ways technology can be used to help humanity and not just predict it but build it.  For me, I did predictions on human implant technology forty years ago and today I am still waiting for them.  I thought that marijuana would be legalized thirty years ago but where are we today it is legal is some states and still not many others and the rules and regulations are almost more than any business can cope with. I did predict pajama conferencing thirty years ago but did not predict pajamas would turn into outdoor wear that you can wear forever (from Elle), so who am I am to predict anything.

I did find one cool tech that might be a winner love the concept “sunglasses with a soundtrack” from Bose so no doubt its really good. sunglasses 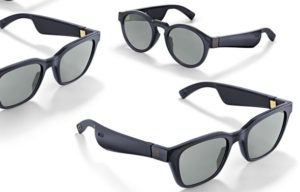 If you would like help in building forecasting models while not perfect I am good at it at cross@gocross.com